Scratch that:  Holly likes things that I can’t stand.

That is, some of the things Holly craves are things that are actually on my hard limit list when I bottom — she wants me to do to her things I won’t allow anyone to do to me.

Now, just because I don’t want something done to me, am I really opposed to doing it to her? No, not really.  I don’t mind doing them; I don’t find doing them upsetting.

But the thing is, I never do them.

I have a blind spot.  Anything that’s on my hard limit list?  I just forget about it.  It’s not there.  When I plan a scene, I don’t think about it.  Even when I mentally run down a list of things I know Holly likes, I forget to put them on.

So this weekend Bryce and Holly and I all went to a local kink event, and there was a class on one of those things that Holly likes that I can’t stand.

No, I won’t let anyone slap me across the face.  In fact, pretty much any rough stuff from the collarbones up is off limits, with the exception of biting me on the neck, which is on the DO WANT list. I don’t like gags.  If you cover my mouth or nose I will panic.

And if you slap me in the face I will scream at you in a way that is likely to terrify you and the neighborhood beyond, and the scene will come to an immediate screeching halt.

But why?  I not only endure but seek out far rougher treatment than a little slap on the face.  What is it about getting slapped on the face that’s so different?

Getting slapped in the face, more than other forms of real-world violence, is a gesture of disrespect.    It’s also peculiarly feminine; typically, women slap people, not men. It’s done face to face, whereas almost all of my impact scenes are done facing away from Bryce, showing him my back (and backside).  It’s not impersonal violence; it’s personal, and judgmental.   A slap says, “You’ve misbehaved, I don’t respect you, you should be ashamed of yourself.”

From my perspective, it’s terrifyingly personal and shaming, which is why I never allow it.

The best thing about the class?   The presenter did her whole talk completely naked. (I kid you not, pervs). Even better, she was a fountain of girly effervescence who had a wonderful time slapping boys who were very enthusiastic about lining up to get slapped by a pretty naked woman.

There was one moment where I could see how much the volunteer liked it — face flushed, eyes closed, little smile.  ”Ummmmm,” he said, clearly enveloped in pleasure.

I could not help but notice how close it was to one of my other favorites: blushing.  I usually achieve that by requiring Holly to surrender her panties to me in a restaurant, but lo, here was another route.

The class ended, and I had to get over to the bootblack stand and get to work.  The next time I saw Holly she was being chased by a human pony (with a bridle and a bit and leather ears) and giggling madly.

Bryce made the rounds of the vendor booths with a lovely woman he’s been seeing lately.  There was dinner, with Bryce, and Holly, and me.

And then Bryce left.  Just me.  Just Holly.  And her lovely innocent face.

I don’t really remember what we were doing just before I did it.  Holly was still dressed, but I had her pinned to the bed.  She was face up, and her head hung over the edge of the bed a bit.  I grabbed her, first by the chin, and then by her hair.

Did I whisper don’t move?

First one.  Barely making contact.  I threaded my fingers through her hair, pulling tight. Second one. Harder.

“Ohhhh,” she groans.  Lips parted, eyes closed.  She looks…transported, her face as flushed as it would be during an orgasm.

She doesn’t move or try to get away from me. 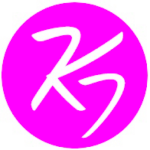 Tink and B
0 common contacts